A day with entrepreneurs in training revealed the importance of second chances.

When you get these jobs that you have been so brilliantly trained for, just remember that your real job is if you are free, you need to free somebody else. If you have some power, then your job is to empower somebody else.

The work of well-known authorities such as Bryan Stevenson, Michelle Alexander, and anti-recidivism efforts have collectively raised awareness of the challenges facing the currently and formerly incarcerated. The first time I visited a prison was with Richard Branson, SF DA George Gascon, and Scott Budnick who organized the first-ever TEDX for the incarcerated. We came away with changed perceptions about people who are incarcerated.

The incarcerated and prison staff are currently at high risk for COVID outbreaks. They have been on the minds of M13 colleagues because we recently volunteered with Defy Ventures at a maximum security prison in Southern California. What struck us was the need for each of us to contribute to criminal justice reform by changing perceptions and giving incarcerated people a chance to be contributing members of society. Our thoughts and concerns are with them and others in conditions where preventive measures are next to impossible.

Each time one of us would step forward, we would lock eyes—increasingly with tears in mine then in his—and we would each give a slight head nod. An encouragement that it is okay to be vulnerable. That we accept each other. We are all human beings. The allowable first bump and head nod could not properly convey the feelings of vulnerability and acceptance. So I did something I never thought I would do: I gave him a hug. 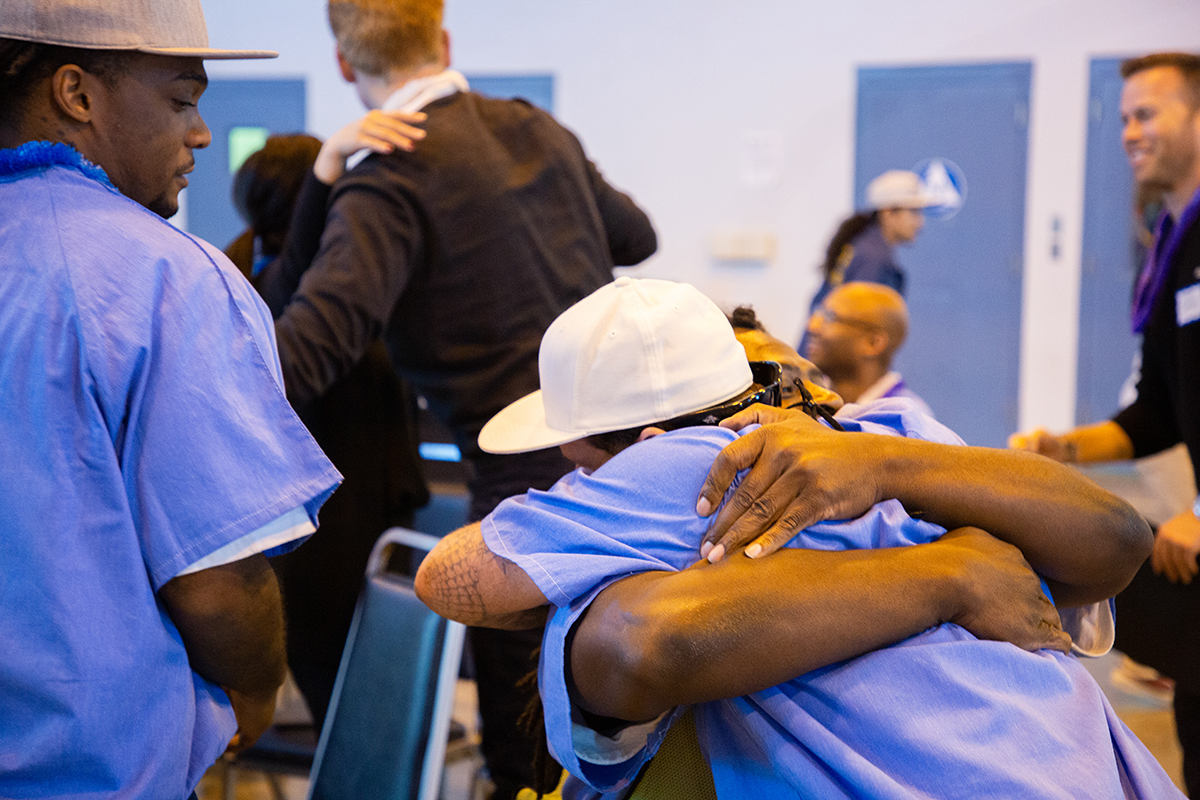 Defy Ventures aims to give individuals with criminal histories a real chance at post-incarceration success. Since 2010, Defy has enrolled thousands of currently and formerly incarcerated persons in its entrepreneurial training program to help them build legal careers and business and avoid returning to prison after their release. Defy currently operates across 18 prisons in six states with the support of more than 4,800 volunteers.

I learned that the entrepreneurial spark—even if it’s not something you believe exists in yourself—can be nurtured and thrive if you are given the resources, tools, and permission to create. 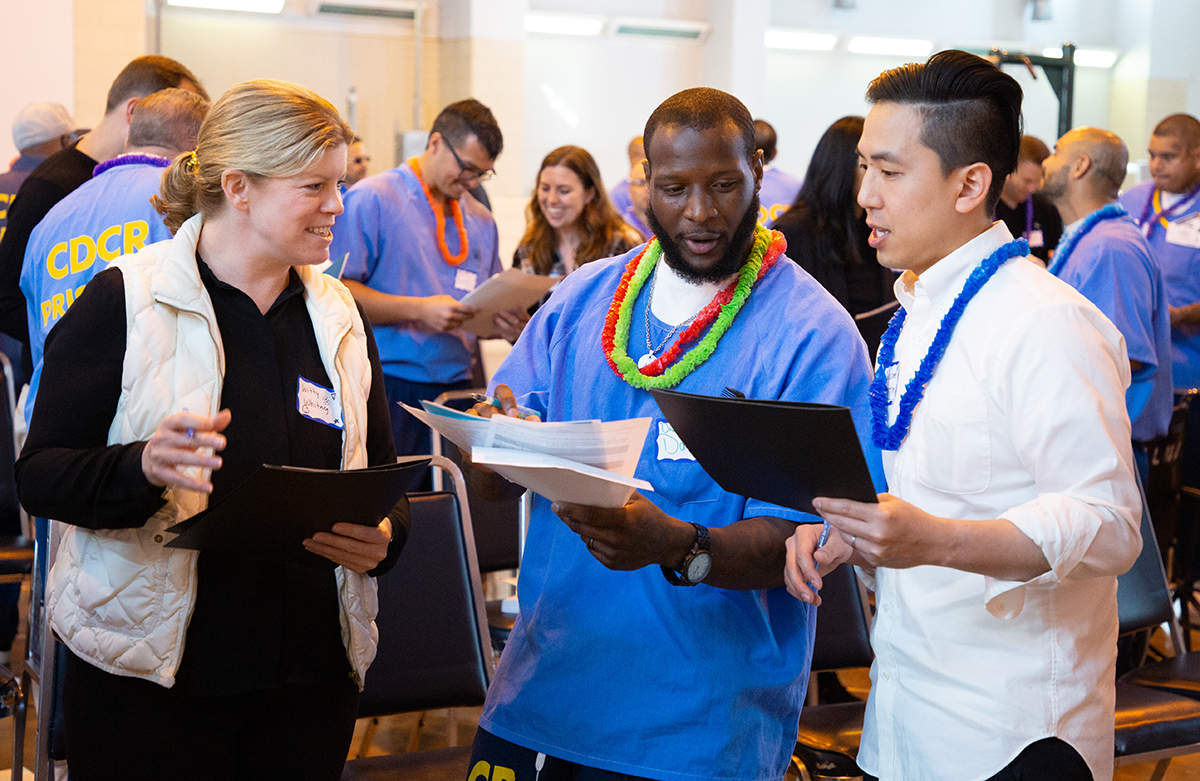 Many of us started our day with Defy assuming that we would be giving advice and insights. What happened though was that the people we met, Defy’s entrepreneurs in training (EIT), gave us something we will never forget. We met people who were deeply motivated and who had done a lot of hard work on their personal growth. We sensed how difficult it is to break the recidivism cycle, and we witnessed the power of motivation, support, and encouragement and the need to build skills before being released. We were reminded of the importance of second chances and that informed perceptions will help give people with criminal histories a fair chance to return, contribute, and alleviate the tremendous strains on family and society.

Here are some impressions of our team from the day.

What was the most surprising thing you learned today?

Rosie Belden: I learned how alone incarcerated people can feel and how hard it is to turn around their lives inside. Time is easily added, and it’s hard to avoid bad situations especially when you haven’t had visitors in years or have been in solitary confinement.

What if anything did you learn about yourself?

Lizzie Francis: That I don’t know half as much as I thought I knew about perseverance, resilience, and creativity under constraint.

Sequoia Blodgett: It is okay to own my uniqueness. At times, I felt like I was split between two different worlds but the truth of the matter is, I sit on both sides of the fence and that’s what makes me interesting. 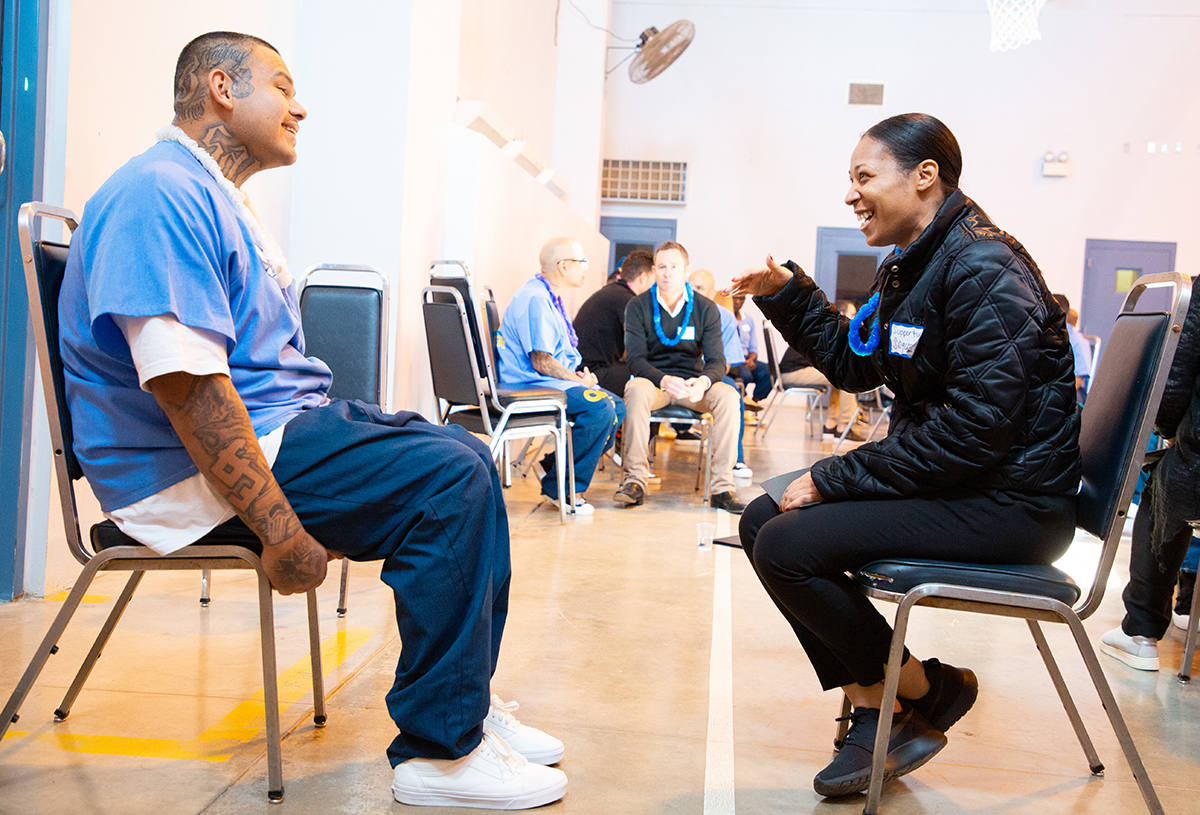 Courtney Reum: That I connect easily with others yet am judgmental (despite my best efforts). Also, I always feel more human after Defy.

Whitney Gosden: How lucky I have been in my life to have been born into certain circumstances, and how little I have had to suffer consequences as a result.

How did our visit change your perspective on the entrepreneur’s journey?

Marie Sokolovsky: We take so much influence from our surroundings as we grow up. Those influences are not created equal, and you have no control over what you are born and raised into. Perhaps with better influences, they would have more opportunity to make better long-term decisions. 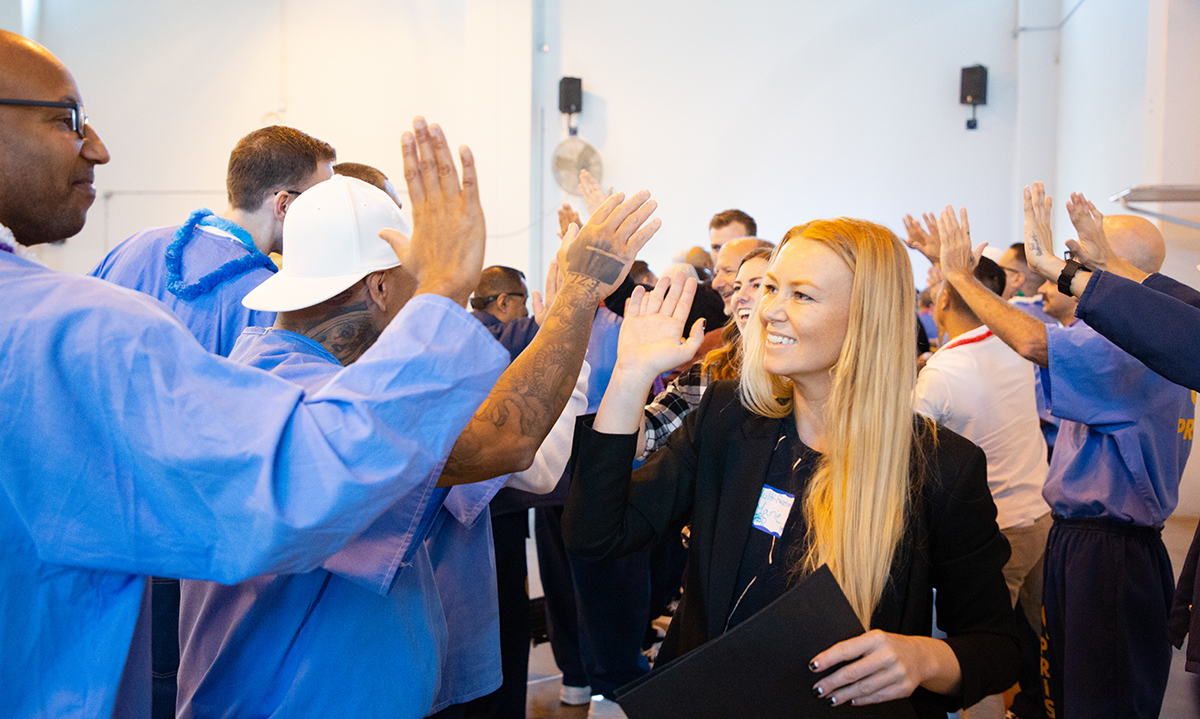 Adam Domian: I was speaking with an entrepreneur who was to be released in a few months. He mentioned that he asked his mom if she would pick him up when he gets released. Her response was to take a Greyhound bus. He wasn’t looking for pity; it was part of the story, and he was just excited to go back to San Diego. And while this is a rare case in that he has a family to go home to, I was shocked—I couldn’t imagine a scenario where my family would not pick me up from that environment, where they wouldn’t support me as they always have. And in that moment, it was reinforced just how lucky I have been. 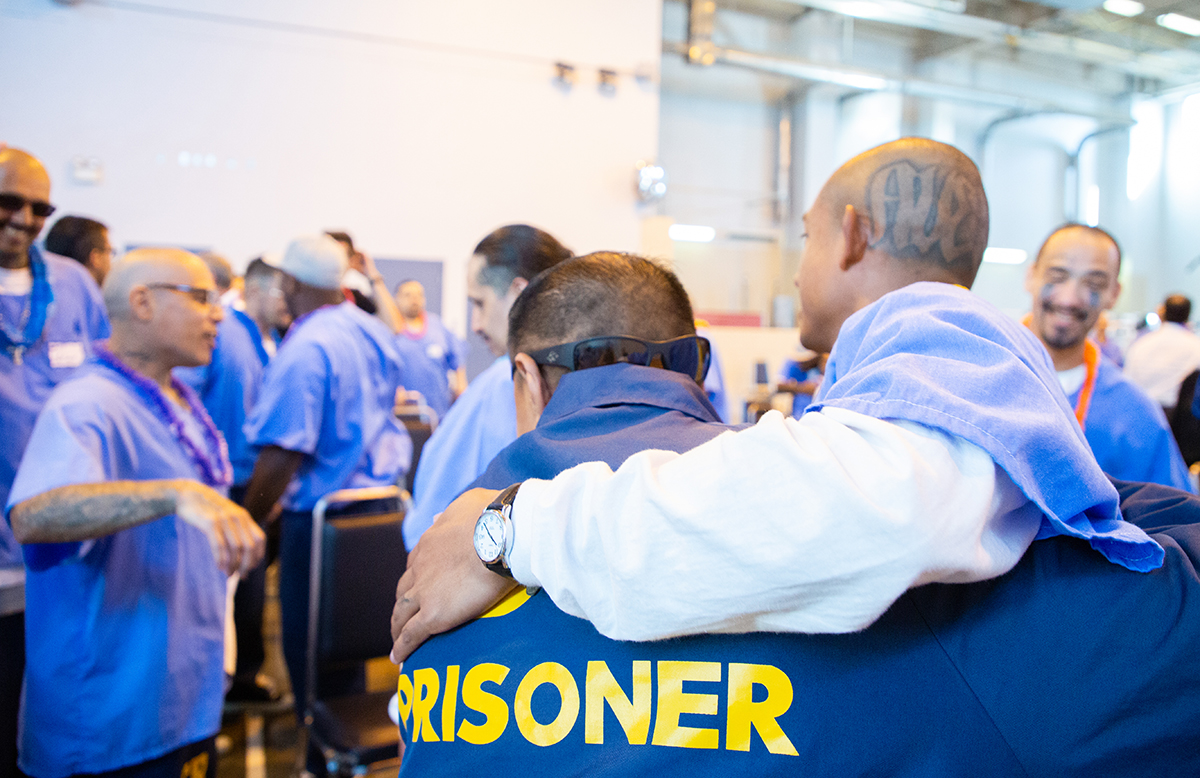 Andrew Grone: During the “Step Up to the Line” exercise, we were asked to step forward if we grew up believing life would not exist beyond the age of 21. Seeing 90%-plus of the entrepreneurs-in-residence step forward was a moment I will not forget. Growing up with this vision in mind, why would one plan for a future? Why focus on school, or even think about college? Our journeys are shaped largely by role models, people in our lives who we can aspire to be. I wouldn’t feel comfortable saying with any confidence that my journey would look any different than their journeys, if the context and environment we grew up in were the same.

Rob Olson: I gained a wider perspective on how entrepreneurs can exhibit entrepreneurial qualities, and how their individual path and decisions they are forced to make can alter their destination in amazingly different ways.

Brent Murri: Always have empathy for others and look at things from all perspectives. 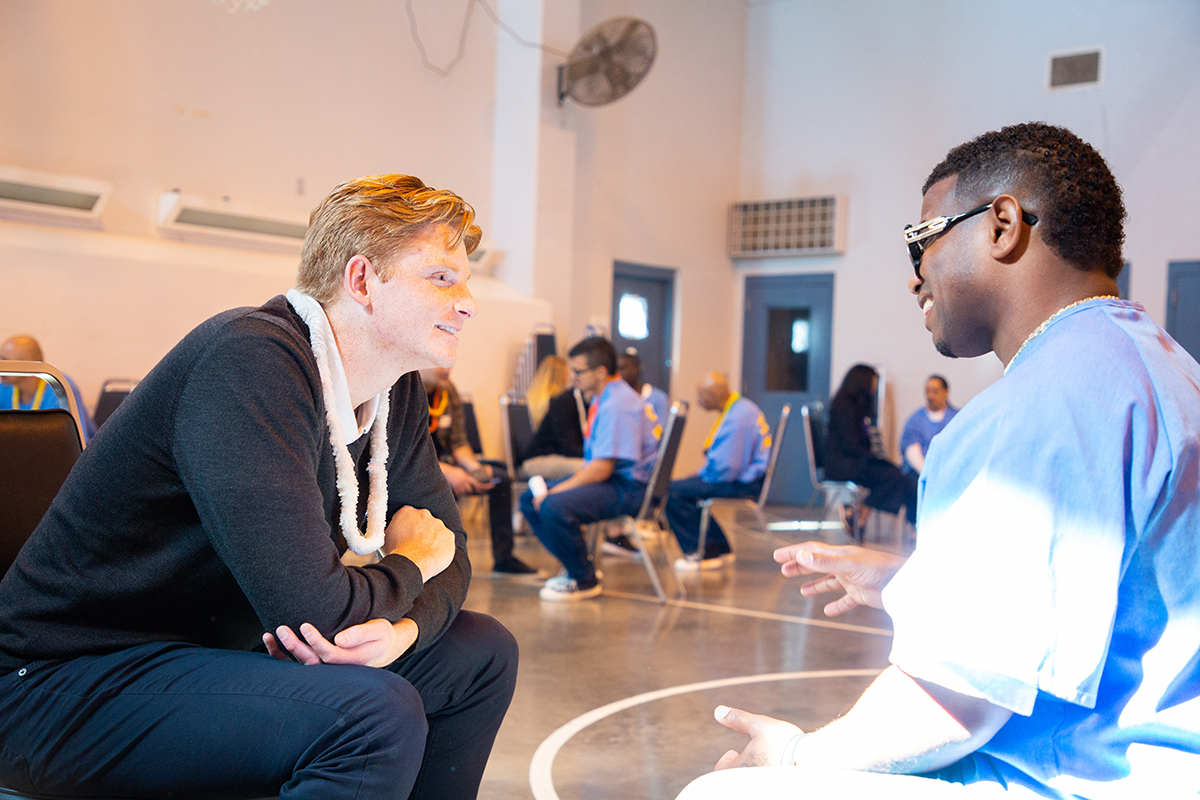 What is one thing you’ll do differently as a result of today?

Austin Deng: There are a lot of misconceptions about people with a criminal past. I’m going to do my part to help humanize the experience of the incarcerated.

Andrew Grone: Almost daily we're given an opportunity to interact with those who view the world differently. Today reminded me to focus on why others feel differently, to place myself in their shoes to learn about the world they live in. Instead of highlighting differences of opinions, we have a chance to focus on why these different opinions exist. If you’re going to engage with someone who will be voting differently than you—engage with curiosity, not to win a debate. 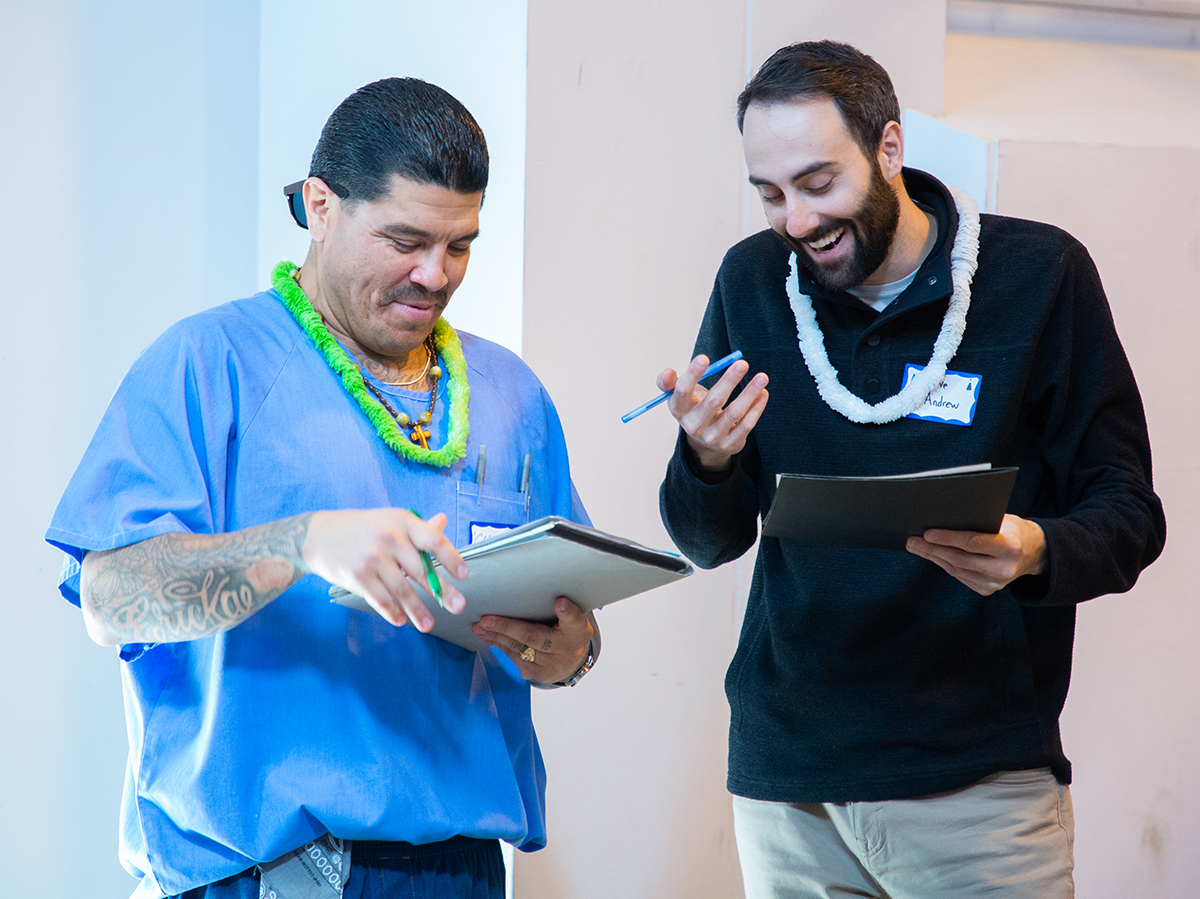 Michelle Kwon: I hope that I can find ways to “give back” more regularly, whatever that may look like on a daily basis.

Rosie Belden: I will work hard to push myself and my friends in talent to offer jobs for people who have made mistakes in their past but admit it and really want to turn around their lives. 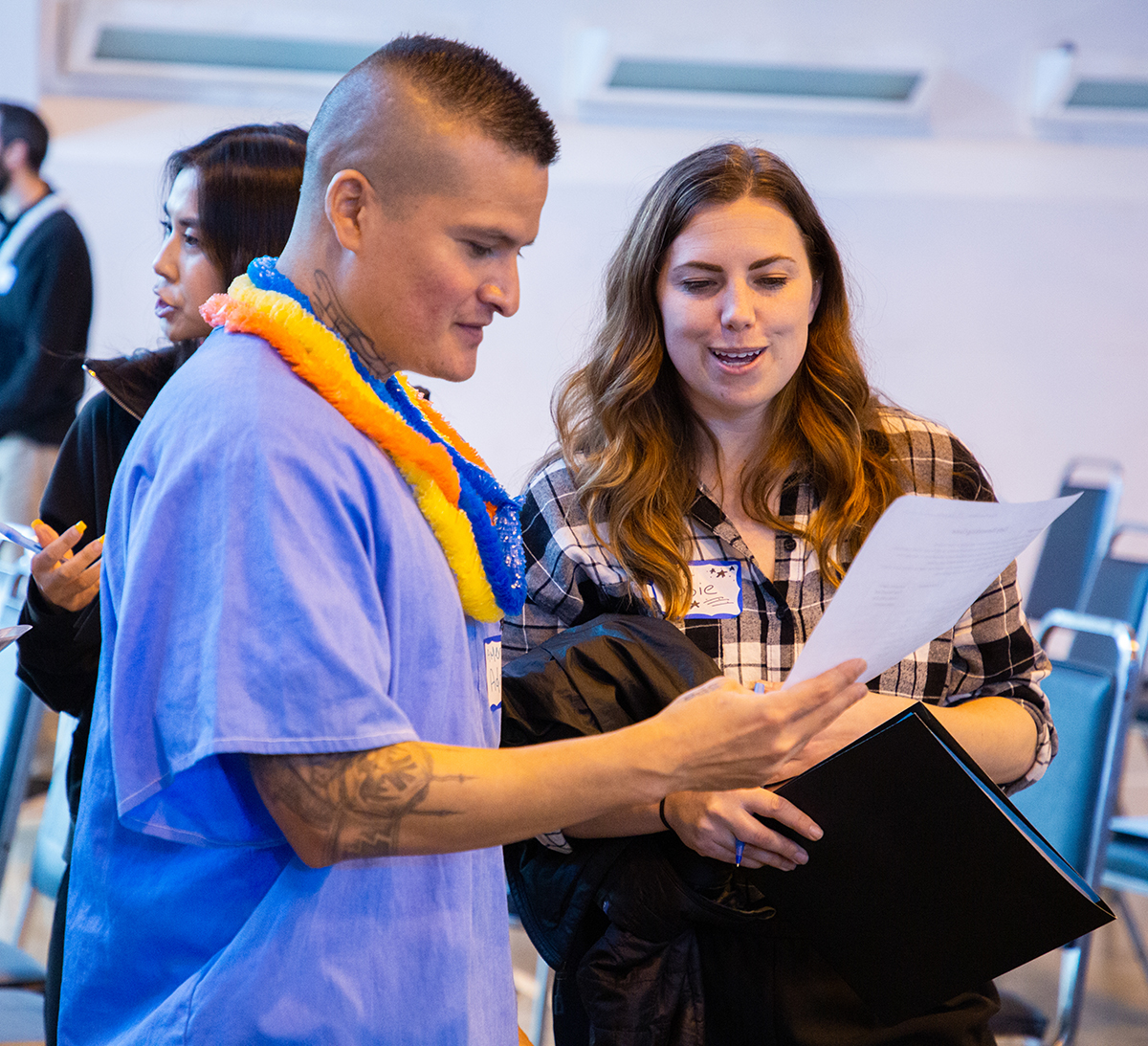