Learn why M13 has invested in the seed round of Clash, a creator-first mobile app. 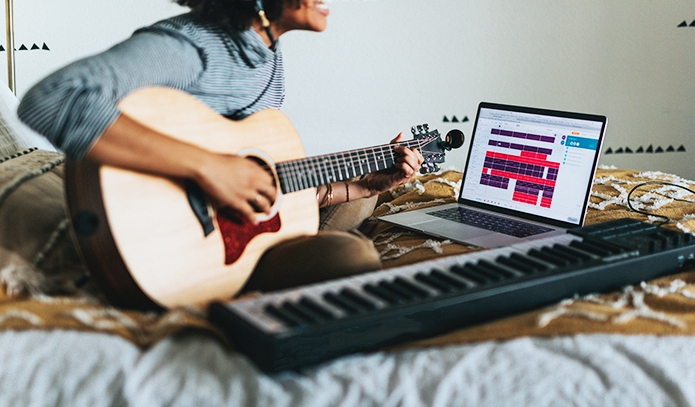 “Productize yourself.” You might recall this quote from Naval Ravikant as he summarized his now-famous 2018 Tweetstorm. In essence, this means getting leverage or scale out of your individual talents. While this quote was meant for all types of entrepreneurs, I believe it has a special meaning for one of the fastest-growing groups of entrepreneurs: the creator economy.

Creators are one of the newest classifications of entrepreneurs who earn money (either part-time or full-time) through creating and distributing their content online. While you can classify “influencers” in this category, today’s creators include an endless list of productized individuality, including art, music, dance, comedy, and recreational hobbies.

The ubiquitous technology platforms today have enabled creators to distribute content and acquire followers in a way that was never possible before. Instagram, YouTube, and TikTok have done a great job of building addicting consumer experiences that drive users to the platform, but none have built an ecosystem that puts the creator first. As a result, the vast majority of creators on these platforms will never come close to making a good living.

This is why we’ve invested in the seed round of Clash, a creator-first mobile app that enables artists to monetize directly from their fanbase through tips and donations. The company was founded by former creators who intimately understand the monetization issues with existing platforms. As part of the round, Clash will be acquiring the creator platform Byte, founded by former Vine Co-founder Dom Hoffman (Dom will join Clash as an official adviser).

Clash’s Co-founder and CEO Brendon McNerney knows a thing or two about what creators want because he was one. Brendon amassed a fanbase of over 700,000 on Vine through his viral video content. He then went to work for the influencer marketing agency Neoreach, where he met his now co-founder PJ Leimgruber. In 2018, Brendon and PJ teamed up to help ByteDance with their U.S. launch of TikTok. Together they were responsible for bridging the gap with some of the largest creators on other platforms. Through this process, Brendon knew there was a better way to serve the long tail of creators and immediately started to build Clash.

Check out the blog post they wrote shortly after launch, which was one of the catalysts that got me to believe in their mission.

Here’s a closer look at the numbers:

What makes Clash stand out

Clash launched its beta product in the summer of 2020 and today with the Byte acquisition has 5 million users globally on its platform. New users were mostly driven by word of mouth from the creator community—over 80% of all Clash downloads were through organic acquisition channels. They’ve also worked closely with several high-profile creators who serve as advisors to make sure the product highlights features for all creators, regardless of audience or reach.

The video-first app provides short-form video creation tools for creators and has a well-designed UX to instantly immerse fans into artist video streams.

While these features are table stakes in today’s short-form video platforms, what differentiates Clash is its relentless focus on creator monetization and fan engagement.

Monetization and engagement are key features the major video platforms aren’t optimized to build. From a monetization standpoint, YouTube, TikTok, and other large platforms continuously push more users on the platform because more eyeballs equal more ad revenue. But outside of a few superstar creators with major brand deals, how does this model adequately benefit most creators? They can rely on “sharing” ad revenue with the platforms, but at a rate of $3 per CPM, it doesn’t add up to much.

From an engagement standpoint, has anyone actually ever read the comments section of a YouTube or TikTok video? Me neither. Unfortunately for some creators, they’re forced to choose between monetization and engagement. How many times have you seen one too many promotions from a favorite influencer that feels, well, fake? This Saturday Night Live bit sums it up perfectly. The days of inauthentic promotions are limited.

Clash is building the first creator-focused product exclusively for the burgeoning creator economy producing short-form video content. The core of the platform is creators and users forming meaningful connections and building a community around shared interests. Connections and community—two things the large platforms will never be able to replicate.

We’re excited to invest alongside 776 and an all-star cast of angel investors in Clash’s seed round. And we’re even more excited for the millions of creators who are able to use the platform to continue doing what they love. As Naval says, “If you’re fundamentally building and marketing something that is an extension of who you are, no one can compete with you on that.”