Arena Club is building a platform that reimagines how sports cards are traded and collected by providing consumers with the first online card show experience and enabling a bridge between the physical and digital worlds of sports collecting.

Innovating within the $400B collectibles market

At M13, we look for opportunities where technology and innovation drive a shift in consumer behavior and democratize access to new financial categories. Over the last few years, we have witnessed a rise in retail investing and investments in alternative assets as consumers look for new channels to spend and accumulate wealth. We believe that collectibles represent a massive asset class that is still early in its consumer adoption curve, and new technology that enables digital experiences can upend the archaic industry.

Arena Club is creating digital showrooms that reimagine the elements that make in-person card shows special such as buying, selling, trading and displaying cards and layering in social experiences. We are also excited by the power of blockchain technology to provide verification and transparency in order to facilitate trust and faster transactions. The digital marketplace enables a frictionless experience for seasoned collectors and new participants alike.

(Courtney here.) Arena Club's phenomenal team, led by my longtime friend Brian Lee, has unique advantages to win as the modern collectibles marketplace. As one of the most prolific entrepreneurs in LA and beyond, Brian brings extensive company-building experience and passion for the trade as a lifelong collector (fun fact #1: Carter and I were big collectors growing up through our teens too!). His super power is co-founding companies with some of the most admired and followed entertainers, including starting Honest Company with Jessica Alba and ShoeDazzle with Kim Kardashian. He has done it again with sports collectibles – this time teaming up with Derek Jeter, one of the most recognizable figures in sports, as a co-founder (fun fact #2: our best-selling book Shortcut Your Startup was co-financed by Derek’s publishing arm so it’s great to reunite with him as well). As thematic investors in the future of consumer behavior, specifically commerce and money, we at M13 see Arena Club as changing the game for good with the digitization and verification of assets. Brian and I share a love of collecting and are sports card fanatics. I’m thrilled to join Arena Club’s board. 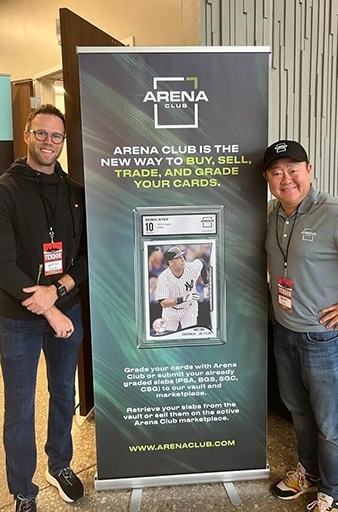 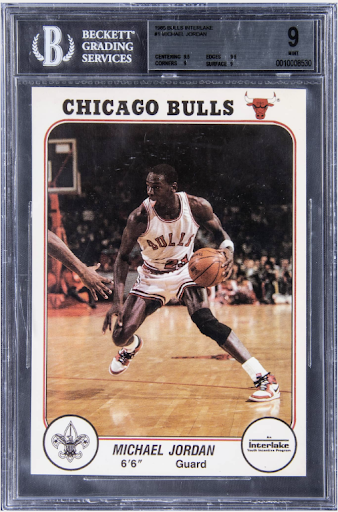 Arena Club is building a verticalized, full-stack platform for collectors to grade, store, digitize, and trade sports cards through a multi-step process:

Arena Club is currently operating in a public beta and there are already thousands of cards across various sports and entertainment properties available on the marketplace. You can check out the platform here.

To Brian, Derek, Jesse and the entire Arena Club team: thank you for partnering with us, and we are thrilled to be on this journey together.

Welcome to the M13 family!