Human presence and physical connection are craved more than ever. We’re leaning on digital tools to bridge the gap of mandated self-isolation and spending weeks without seeing loved ones in real life.

On April 14, M13 hosted a webinar on the future of connectivity, which explored trends across esports, extended reality (XR), and immersive communications.

Sly Lee, co-founder and CEO of Emerge, and Sam Wang, co-founder of ProGuides, joined M13’s Sequoia Blodgett to discuss ways that they’re helping the world feel more present and connected in a time of increased isolation.

Emerge is creating a platform that enables users from distant locations to physically touch, feel and share immersive content in XR using their bare hands. Their purpose is to bring us closer by creating meaningful bonds over distance and time.

ProGuides is building an innovative platform for gamers to improve their skills, build community, and gain exclusive access to and guidance from the pros. Their purpose is to inspire, instruct, and connect the next generation of gamers while helping them take their play to a new level.

For those who were unable to tune in live, below is a written recap and full webinar recording including demos of both Emerge and ProGuides.

We’d love it if you could give us a little background on each of your companies and what you’re currently achieving today.

Sam: ProGuides is like the MasterClass of esports. We have a large gallery of videos you can watch to learn how to play a specific video game, and after you’ve watched, you can play with a coach on-demand and participate in one-on-one virtual coaching. ProGuides gives access to the most famous pros in gaming. We just launched live classes, currently in beta. Outside of just watching a pro teach you how to play, you can join ProGuides’ livestream and ask questions and communicate directly with the pro. At the end of each class, the pro will invite a few lucky fans to join the game, and he will either talk about the game or literally be their teammate and play with them live. It’s a really fun feature that our audience has responded well to so far. We’re promoting this feature on our YouTube channel, which currently has over one million subscribers.

Sly: Isaac Castro, Mauricio Teran, and I founded Emerge four years ago because we wanted to create a new paradigm for human connection. Years ago, we set out to solve the limitations of being physically distant from loved ones. We all have family in different parts of the world, and being physically separated from them during pinnacle moments in our lives was very difficult. We found a solution in a radical way by incorporating a new sense of how we communicate from a distance. The goal is to not replace an in-person experience but to enhance it when you’re not with someone. So we created a technology that allows you to physically feel and interact with people you care about when not in the same place: imagine a virtual high five. We primarily work in immersive environments. In AR and VR, you’re a ghost in that environment. You can try to reach out and touch something, but you cannot physically feel anything. Emerge will overcome some of these limitations that exist in this version of computing.

What we’re passionate about and interested in creating is a new language of touch. How do you feel emotion? How do you feel happiness? How do I transmit how I’m feeling today to my grandma who lives in Mississippi, and how can I actually feel how she’s feeling?

We’re excited because we’re at the cusp of launching, and we’re engaging with select developers over the next few months. The world is craving new ways to interact with one another more than ever, and that’s what we’ve been building.

How has COVID-19 impacted your business?

Sam: From a macro perspective, esports and gaming have grown during COVID-19, especially as schools started to shut down. Gaming has seen a 45% increase since the shutdowns, and the streaming platforms, like Twitch.tv, have grown over 33% in one month.

This is a very big inflection point for gaming. ESPN recently started broadcasting esports because they’re unable to broadcast traditional sporting events. People from different generations and demographics are watching and starting to realize how interesting and cool it is. This has been a huge driver of growth, and the impact has been quite positive for ProGuides.

“Athlete” is taking on a new meaning. Can you talk a little bit about the monetization strategy and where you see that going?

Sam: It’s definitely changing and platforms like ProGuides are helping make that impact. There are many pros out there but very few are used to actually monetizing. It was a long-tail distribution model. ProGuides aims to create opportunities for the smaller, lesser known players because they are extremely good at the game. They also have their own niche followings, and they deserve to monetize.

People are striving for another way to connect. What kind of growth are you seeing with Emerge?

Sly: It’s important to step back and look at the bigger picture. Like you said, people are looking for ways to connect, especially now. If you look at AR and VR, let’s look at the Gartner Hype Cycle, which is this pattern that emerging technologies tend to follow. It basically means that at the outset, there’s a lot of hype, then there’s disillusionment, and then back up on the slope due to enlightenment. 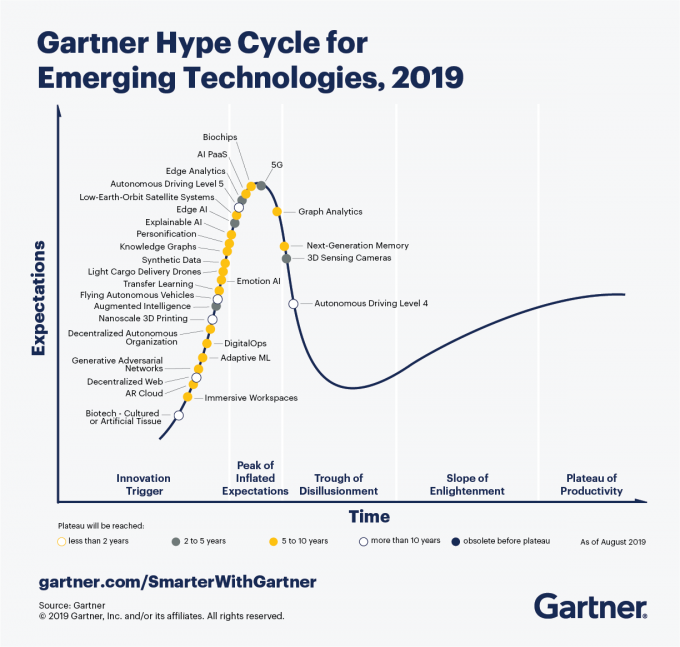 Even before COVID-19, in 2019 there was a massive increase in investment in and development of AR/VR. Demand for AR/VR engineers has increased over 1,000%, and we experienced that firsthand because it was difficult to hire engineers this year. And COVID-19 is accelerating the industry even more. There’s a bigger trend of people accepting and adopting telepresence solutions, even people who would be late adopters, like Baby Boomers who would have likely never used Zoom prior to now. It’s fascinating to see a technology like Zoom, which was meant to be an enterprise solution, now being adopted for very personal scenarios, like weddings and birthday parties. 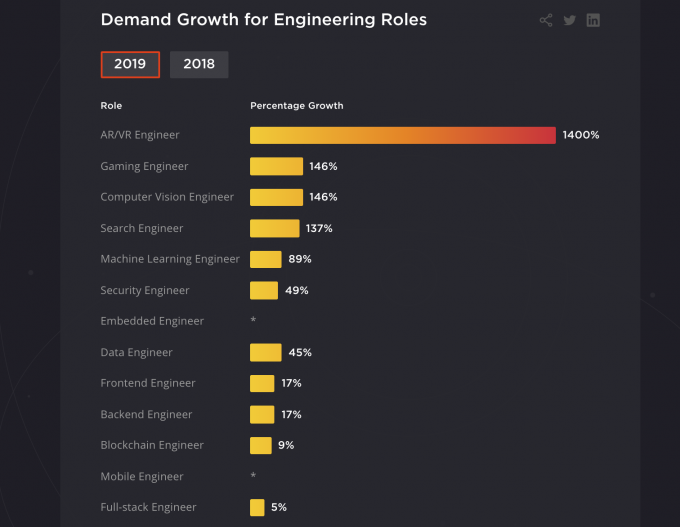 Even though Emerge has done little marketing, we’ve received a ton of inbound from developers and consumers. People we’ve met over the last five years remember us and our mission and have contacted us asking for a product. We’re getting cold messages from developers, consumers, journalists, and investors, and we’re excited about the opportunity to create a paradigm shift.

M13 has invested in ProGuides and Emerge because we see the amazing potential of esports and telepresence. Why do you think investors should pay attention to these new connectivity tools?

Sly: First of all, we’re thrilled to work with M13. M13’s model is so unique, and it’s been so great leveraging M13’s expertise. Every one of the investment partners are operators, and that’s been really helpful, especially in terms of empathizing with the challenges we’re facing and helping us avoid roadblocks.

The industries that are doing really well are actually ones that we overlap in gaming, telepresence, and consumer hardware. People are bored and willing to adopt technologies they normally wouldn’t have considered. Generation Alpha people born in 2010 and later are adopting emerging technologies more than any other generation. Additionally, recent studies have shown that Gen Z and millennials are using technologies to solve problems previous technologies have caused.

Sam: Consumers now have time and space to focus on exploring and testing new technologies. We’ve had more inbound interest from investors than ever before. I think part of it is because, again, consumer behavior and the movement of gaming, esports, XR, and others are all accelerating. But also, it comes down to product. Take Netflix, for example, whose stock is 96% higher now than it was at the beginning of 2018. At the end of the day, it’s a good product, and that matters.

A good product will always succeed.

Sly: Consumer behaviors are changing, and they will continue to change after COVID-19. Something as simple as the handshake will go away (or be significantly reduced), or there will be new versions of it. People will be more open than ever to new ways of connecting, and that’s very aligned with what we’ve been creating on our own platform.

Sly: People are more empathetic because of COVID-19. There’s been some interesting research that a crisis can in fact make people more empathetic because they’re able to envision people having it worse than they do. Our entire philosophy has been around creating empathy using technology, which was a contrarian view before. People are more likely to understand that now and to connect with people they otherwise might not have done before.

We think ‘work-life balance’ will go away. We’ve never really believed in that phrase at Emerge. We’ve always used ‘work-life harmony’ because it’s really difficult, especially now, to leave work at work and home at home.

They’re intertwined. And what we’re seeing in this situation of working from home is leveling, and having to become more human. Kids show up on video, pets are running around in the background, and we’re very excited by this huge shift in people being more human toward one another.